Link to an article on Fringe Twisting

We had a fringe twisting demo in our guild meeting in January so I'm posting this link to an Interweave article by Susan E. Horton, "Better Ways of Fringe Twisting".


Posted by Mary at 4:40 PM
Email ThisBlogThis!Share to TwitterShare to FacebookShare to Pinterest

The next SVH Guild meeting will be on Saturday, March 17th at R&M Yarns (8510 Hwy 60, Georgetown, TN). This month's meeting will include an interactive demonstration by Sandi Suggs and Carla Boudrot on the use of pick up sticks.

We had a blast at the February Meeting learning to weave on a small triangular loom with Chris Bindrim leading the way. Some caught on better than others (with me being the 'others').

Here is Chris in teacher mode with some of his 'pupils'. 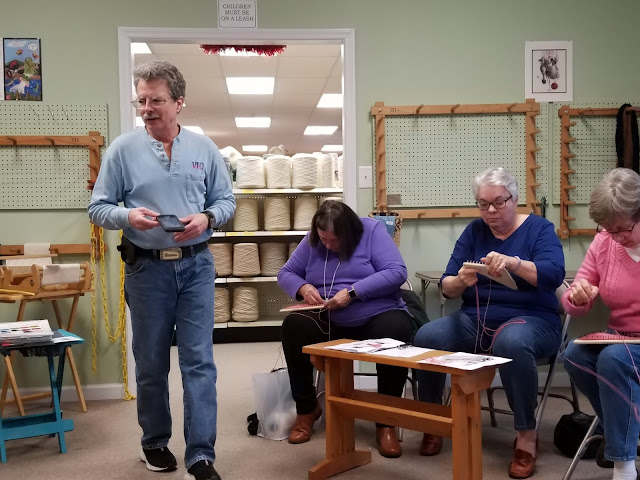 We had a great show and tell in February. Martha Ooten brought a shawl she created from weaving and beading 'freestyle'. 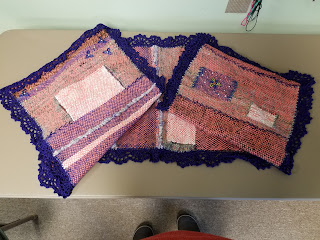 Coming up April 20-22, the SVH guild will be participating in the Smoky Mountain Arts Festival in

Townsend, TN. The SVH Guild will have a weaving demonstration as well as selling guild
members' handwoven items.